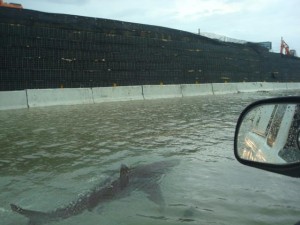 After Hurricane Irene a few weeks ago, this startling photo went viral on the Internet, and was picked up by TV stations and print media.

“This picture was taken in Puerto Rico shortly after Hurricane Irene ravaged the island. Yes, that’s a shark swimming down the street next to a car, and this is exactly why authorities in NYC are warning people not to go swimming in flood waters after a hurricane.”

There’s something fishy about that photo, though… 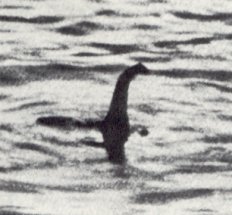 This has happened before. The hero’s encounter with a scary monster has always made for a good story. But nowadays a story isn’t enough—the hero has to have a good photo, or better still, a video! Just think how the poor Loch Ness Monster is losing credibility because, whenever it surfaces, nobody around has a camera or else the photos come out blurry…  And so, in the age of Photoshop…

Here are a few well-known photos and videos. Some are fake—but some are not! Which are which?

More than a few of them seem to involve kayakers :-) 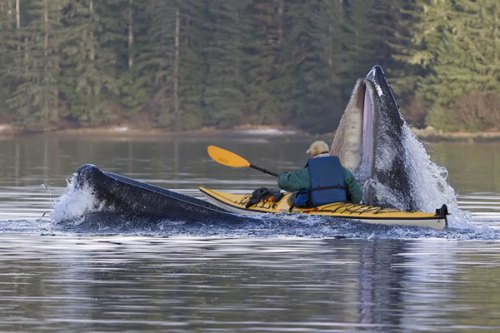 Fake—composite image of a real kayaker and a real whale. 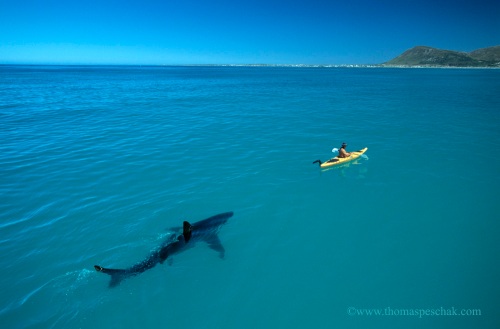 Real!—famous photo from a photo shoot of great white sharks off the coast of South Africa by Thomas Peschak published in Africa Geographic in 2005. Hoaxers can’t resist this dramatic photo, which has been the source image for a number of fake composites, including the Puerto Rican street shark at the top of this post. 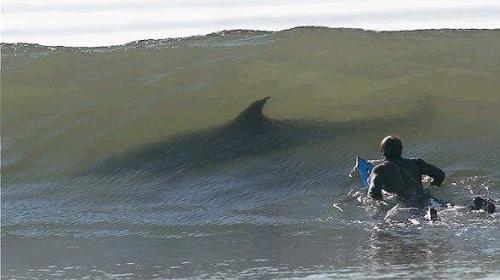 Real!—photo taken by Kurt Jones at Malibu, CA, in 2003.  But the animal is not a shark, but a dolphin: note the horizontal rather than vertical tail. 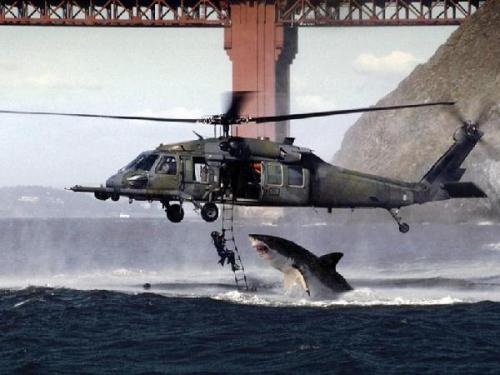 Fake—composite image of a real helicopter and a real great white shark, very scary-looking all by itself… 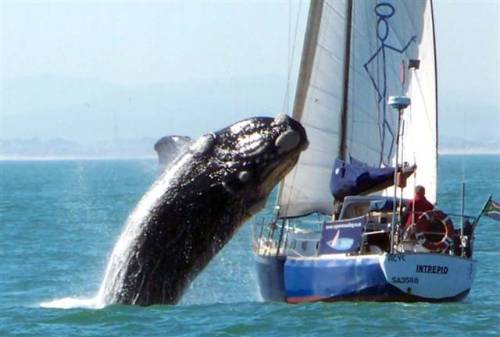 … and the video!  (Thanks to bonniekfrogma for these two.)

Update: a couple more images from Snopes.com  (where would we be without Snopes?) that I forgot the first time round: 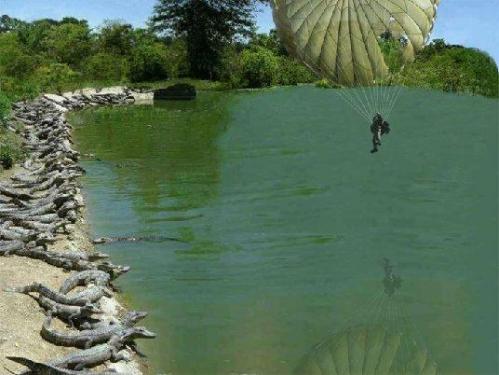 Fake—composite image of a real parachutist and a real alligator farm. 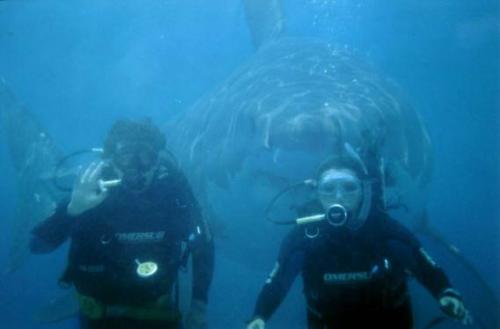 Fake—composite image of real divers and a real shark.

Any more candidates for this set out there?