North along the ice-bound Hudson

It was the first weekend in February. I was back in town. Brian’s broken elbow had healed. It was a beautiful day: Sunny, windless, relatively warm.

So we headed to Yonkers Paddling and Rowing Club to take out our boats for the first time in… too long.

“It might be iced in,” I cautioned as we drove. But I didn’t really think so. Yes, there’d been the Polar Vortex and its sub-freezing temperatures earlier in the week. But we’d had several days of warmth.

Surely everything was melted by now?

As we gazed at the ice-locked boat ramp, the only thing we could do was laugh. “We’re not going out today!” I said. “Nope!” Brian agreed.

Instead, we went out to the end of the pier and took pictures of each other and the frozen Hudson. And laughed in the sunshine.

Johna at end of dock

We drove back to Brooklyn along the West Side highway, watching the ice in the river diminish as we headed south. Inwood, where Julie paddles, was still packed in, but the river was mostly ice-free by the George Washington Bridge. The embayment at Pier 84 was wide open; had my Avocet been seaworthy, I could have taken it out. And I later learned that Bonnie had had a lovely paddle that same weekend in Jamaica Bay. Yonkers was just slightly too far north to permit us to go out.

But we didn’t mind! We had a lovely excursion in the sun and mild air, and saw ice floes in the Hudson. Next time…. 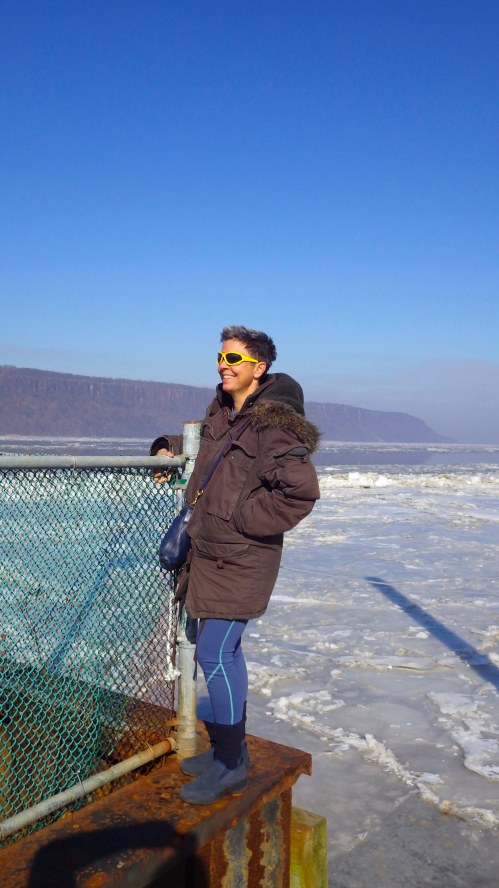 Ice on the River

Flow on, river! flow with the flood-tide, and ebb with the ebb-tide!
Frolic on, crested and scallop-edg’d waves!
Gorgeous clouds of the sun-set! drench with your splendor me, or the men and women generations after me!

This is quite possibly my favorite poem ever. I once memorized part of it to recite for Vlad’s birthday. It always gives me shivers, in part because Whitman was, literally, talking directly to us, “men and women generations after me”.

But this past February, there weren’t many “crested and scallop-edg’d waves”—only acres of ice floes, bobbing sluggishly in the current. It’s hard to believe that lively, open water will return–but spring is less than a month away!

Ice floes have their own bleak beauty, though, especially during a snowstorm. I recently took a walk along the East River and up alongside the Harlem River. This is what I saw (click any photo to start slideshow):

Ice in the Morris Canal 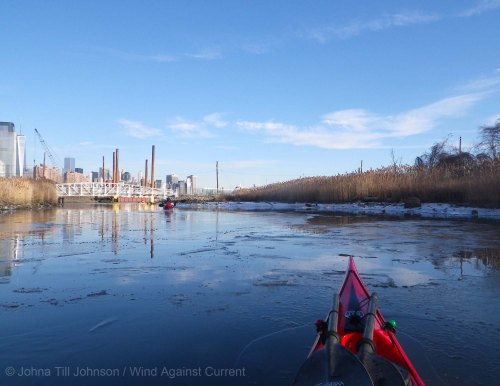 For my first paddle in a long while, the weather was cooperating beautifully. The day before had been cold and blustery, and the day after was predicted to be dark and rainy. But Saturday dawned sunny, clear, and calm.

There was just one catch: The temperature had been below freezing for a couple of days, and wasn’t predicted to rise above it today. Would the embayment at Pier 40, where we launch from, be iced in?

I worried anxiously in the cab on the way down.

END_OF_DOCUMENT_TOKEN_TO_BE_REPLACED

The only way to build up endurance is to endure…

In response to this week’s Photo Challenge, Endurance. The first response was here.

Icy Day in the Park 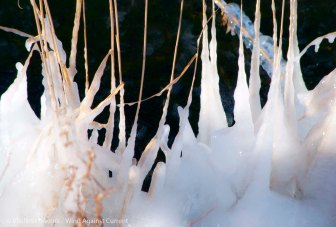