Winter Life at the Reservoir

Last weekend at NYC’s Central Park Reservoir. An icy cold day. The Reservoir is mostly frozen over, leaving just a patch of open water where all of the Reservoir’s birds have congregated.

Johna surveys the panorama. (Click to enlarge any photo.)

Midtown Manhattan rises up beyond.

The birds are mostly Canada Geese and ducks, including some varieties that we’ve never noticed here before—they are probably from Canada, down for the winter. They paddle through the patch of open water, squabble, or just stand silently on the ice, beaks tucked into their back feathers, facing into the cold wind. 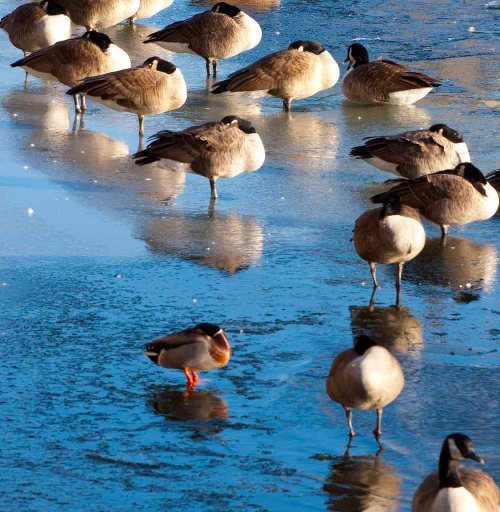 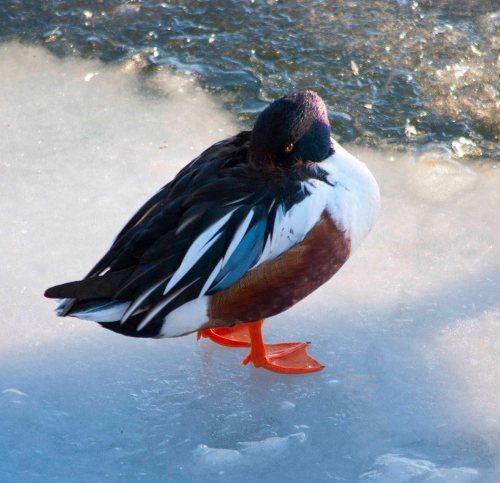 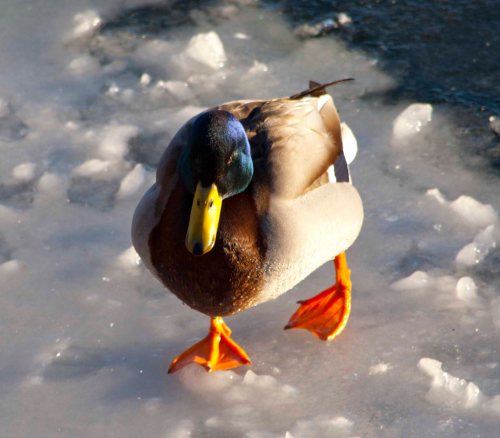 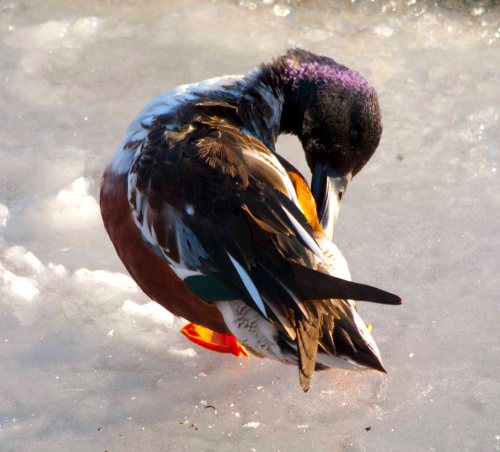 The blue shadows lengthen as the sun goes down, lighting up the East Side on the other side of the Reservoir with its last rays. 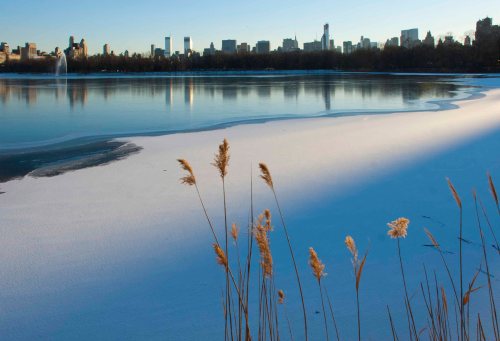 You probably knew this, but January 28th is the 140th birthday of the French writer Colette. 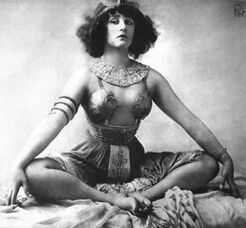 Okay, you probably didn’t know that. You might not even remember who Colette is, though chances are, you’re familiar with at least one of her works.

And you’re probably wondering why you should care about her birthday, or her.

Let me take a step back. This year,  Vlad and I have adopted a new tradition: We’ve selected a pantheon of personal heroes, and heroines—people whose spirits and lives matter to us—and are making a conscious effort to celebrate their birthdays.

Colette’s is the first, but there will be plenty of others.

So why did we select her?

END_OF_DOCUMENT_TOKEN_TO_BE_REPLACED

This week’s Photo Challenge is Love.

And there’s one set of photos that comes to mind straight away :-)

Some of you have seen them before, and I apologize. I promise not to show them again (any time soon, anyway)… I guess I’ll have to find something else for Valentine’s Day!

The full set of photos is here.

Kayaking around the highly urban New York Harbor, we pass by many colorful and inspirational walls… 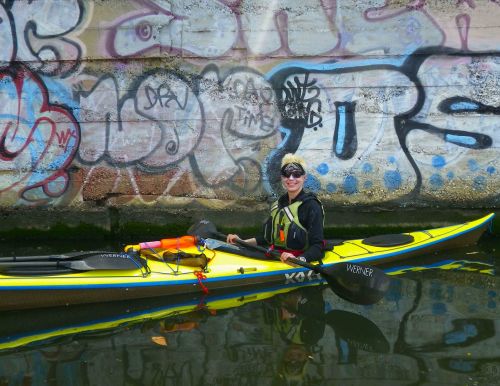 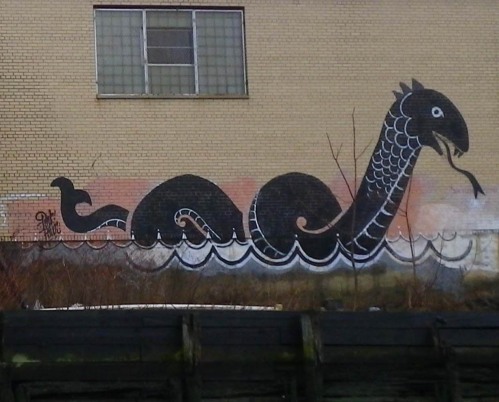 More on the marine art of New York Harbor is here.

.
From the description of the book on Amazon:

“The World’s Toughest Endurance Challenges” profiles 50 of the most extreme marathons, triathlons, bike rides, adventure races, climbs, open-water swims and other iconic endurance events from around the world. Breathtaking full-color photographs and insider commentary from top athletes will thrill endurance athletes, extreme sports addicts, and outdoor adventurers of all stripes.

END_OF_DOCUMENT_TOKEN_TO_BE_REPLACED

It’s freezing in New York City this week… so why not post a few photos of a warm, tropical beach in Florida? 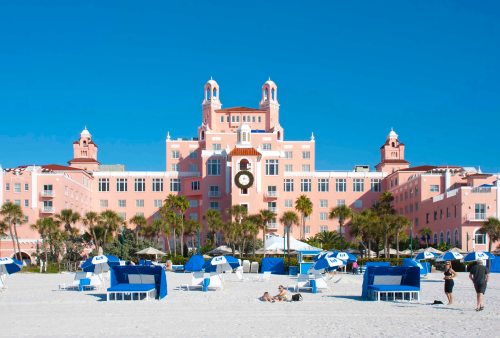 The Last Day of Christmas

It was the second weekend in January when we had our last Christmas dinner.

It was our third or fourth Christmas dinner. We  fixed a sumptuous meal, sipped wine, and lit the tree for the last time. As the candles slowly winked out, one by one, we talked about the meaning of Christmas.

Every other holiday celebrates an accomplishment or achievement: Thanksgiving is a classic harvest festival,  in which we give thanks for the year’s bounty (and historically, for having survived).  The Fourth of July celebrates the attainment of independence. Hallowe’en is the remembrance of the dead, and New Year’s celebrates the arrival of the New Year. And so on.

Christmas alone is a celebration of hope. 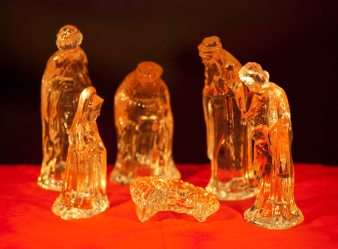 And the hope isn’t just for Christians. Regardless of when the birth of Jesus happened historically (and there is considerable speculation on this point), the ancient Christians elected to celebrate the birth of Christ roughly concomitantly with an older festival: Winter solstice.

It was a wise choice, because solstice, too, is a celebration of hope: The hope that the days will once again begin to lengthen, light will conquer darkness, and warmth will return.

Whether you’re a fervent Christian or an equally-fervent atheist or something else, in other words, celebrating Christmas is an act of existential courage. We are celebrating the hope that light, goodness, and warmth will return to the world.

Of course, that’s not strictly true. Vlad points out that his mother, with Eastern European clear-eyed cynicism, used to remark that the ancient Christians were wise to put Christmas a few days after the solstice proper—so by the time Christmas festivities began on the 24th, they could be certain the days were in fact lengthening again.

Nonetheless, Christmas is a festival of hope. It looks forward to better things to come. 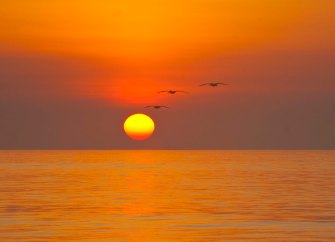 That’s why we kept celebrating Christmas well into January.

And as we watched the candles sputter and wink, we thought about all the goodness we hope this year will bring.

One last time: Merry Christmas to all!

Ailsa’s travel-themed photo challenge this week is Up. We’ve already posted one response, but here’s another one.

Looking up in NYC’s Central Park… 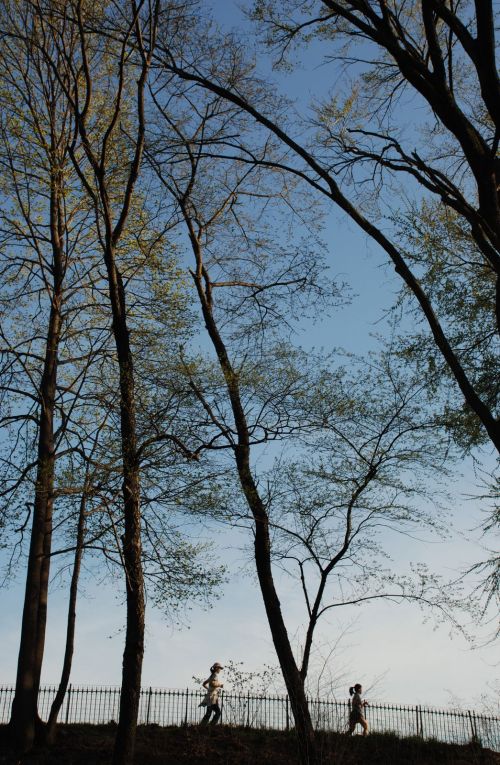 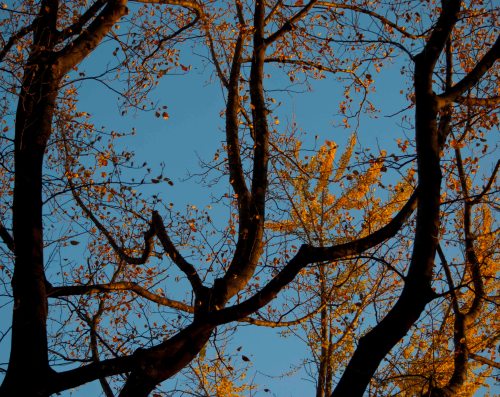 Ailsa’s travel-themed photo challenge this week is Up.

Looking up, trees and, above them, clouds… 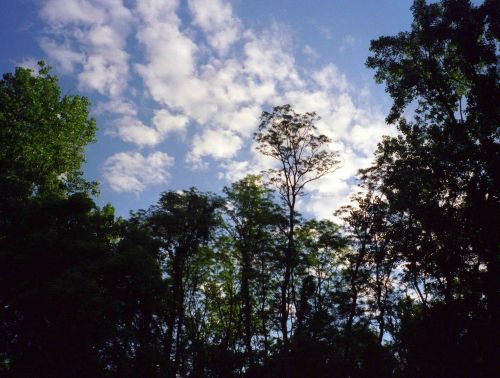 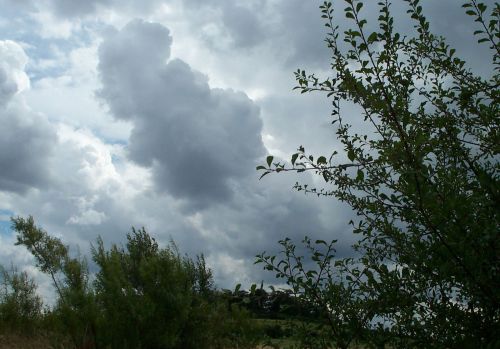 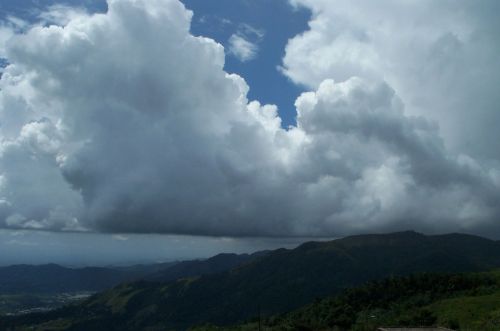 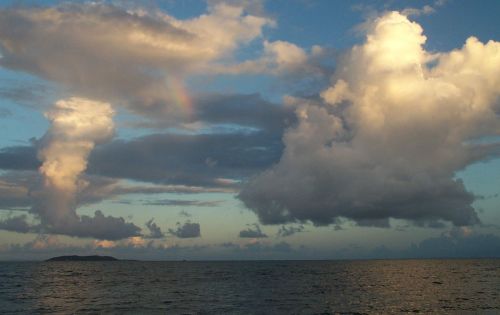 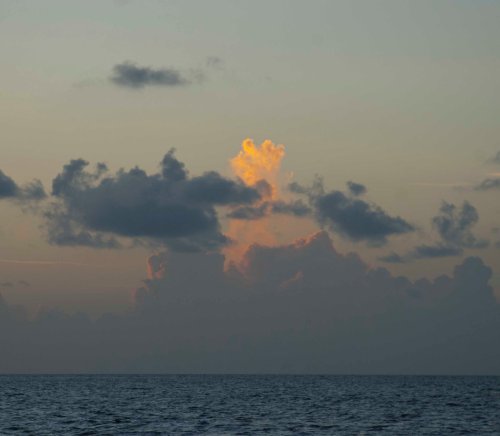 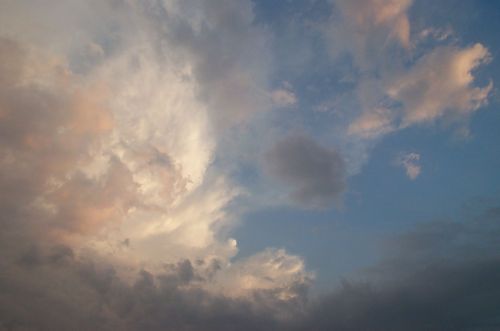 This week’s Photo Challenge is Beyond.

When paddling counterclockwise around Manhattan, or down the Hudson River back to the city, there comes that breathtaking moment when the distant vista of Midtown Manhattan comes into view beyond the George Washington Bridge.

I always take a photo at that point. By now I have many, in rain and sunshine, day and night… Here are a few of them. 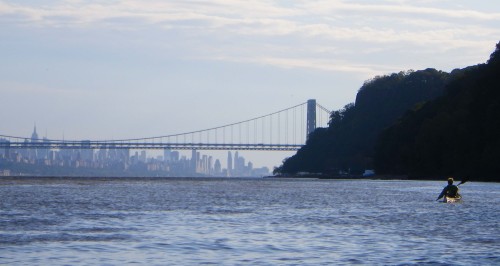 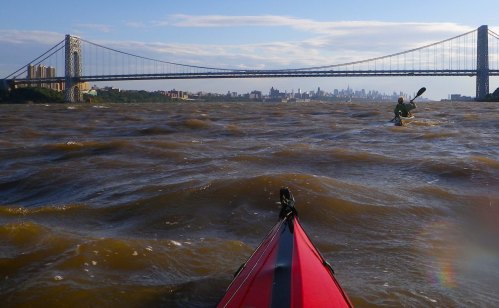 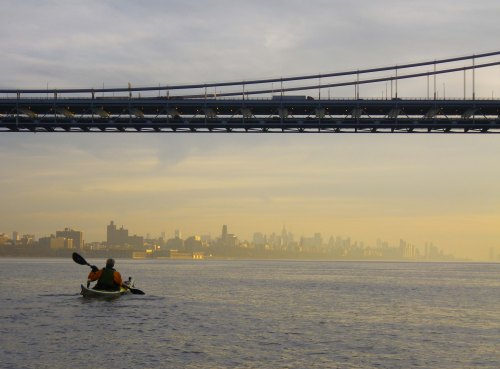 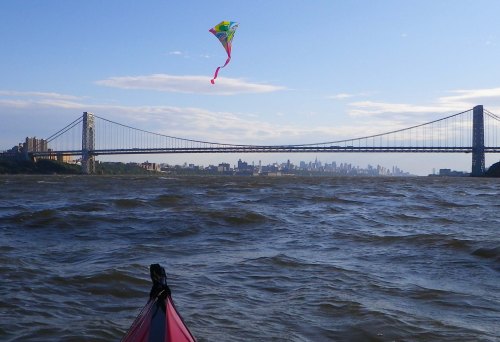