For yesterday and today were days of Manhattanhenge, that urban astronomical phenomenon in which the sun appears, for a brief moment just at sunset, at the ends of the cross-streets of Manhattan’s street grid.

Of course, the sun has to be visible at sunset. Yesterday was cloudy. Today was more promising. So I joined the Manhattanhenge-watching crowd—smaller than usual this year because of the uncertain weather—at 57th Street and Park Avenue. As we waited, a rain shower moved in. (Now I know how astronomers must feel, waiting nervously for that once-in-a-century conjunction or eclipse, only to have clouds move in at the last minute…)

But just at the moment of sunset, the sun appeared through the mist!  I got a few photos. 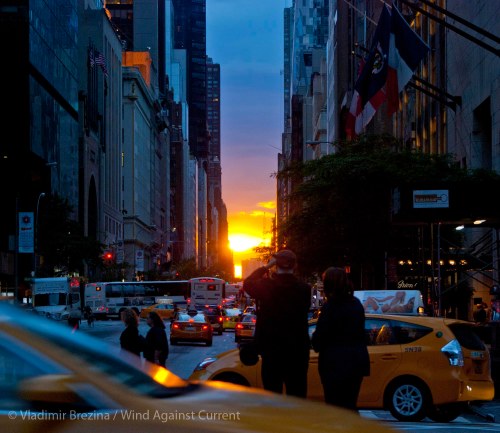 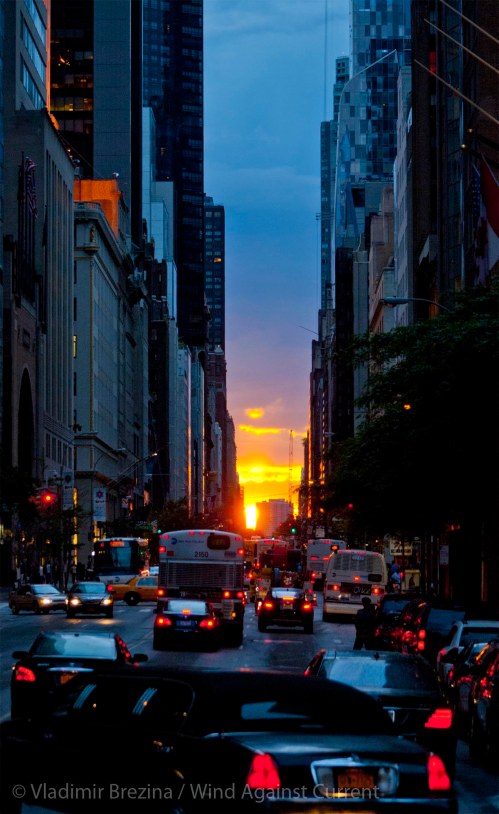 But the visibility was not ideal, and in addition I realized only too late that at the end of 57th Street there is a big building, across the Hudson in New Jersey, that blocks the view! As another photographer standing next to me remarked, Jersey always screws things up…

The spectacle was much more impressive last year at 42nd Street: 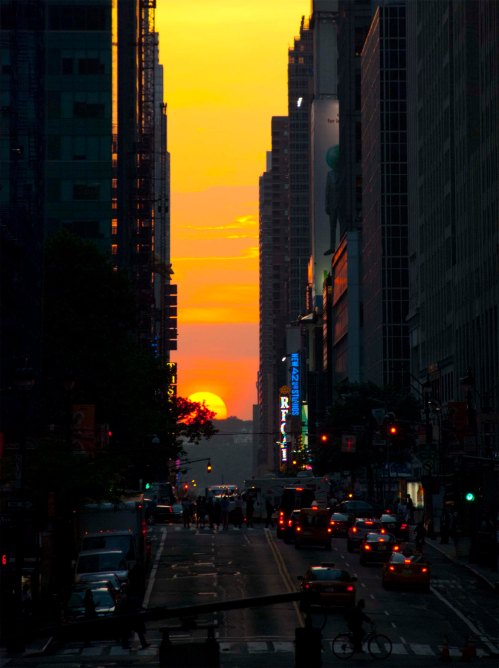 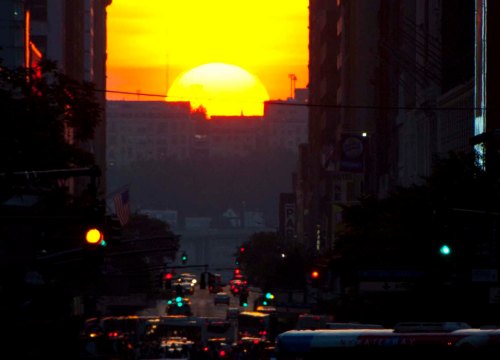 But there’s always another chance—Manhattanhenge repeats on July 11th and 12th!