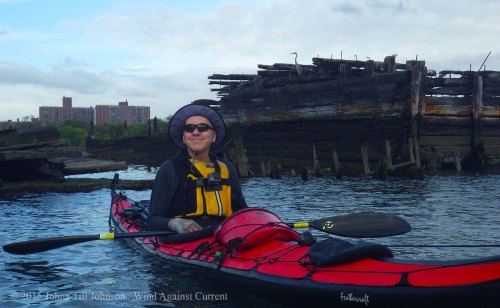 As the season fades towards winter, I find myself combing through memories, both physical documents and online.

I don’t know why I started a post called “Vlad Photos” or what I meant to say when I created this draft in early 2017.

There were no words, just photographs.

So here they are, with words added.

The 2015 kayaking photos were from our penultimate paddle, New Jersey Weird and Wonderful.  (The last paddle was a circumnavigation of Manhattan in November 2015. Fortunately neither of us had any idea it would be the last!) 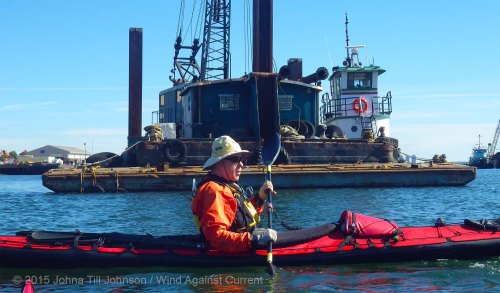 This is Halloween 2015. He was taking photos at the Carnegie Hill Halloween Spooktacular; the photos are here. 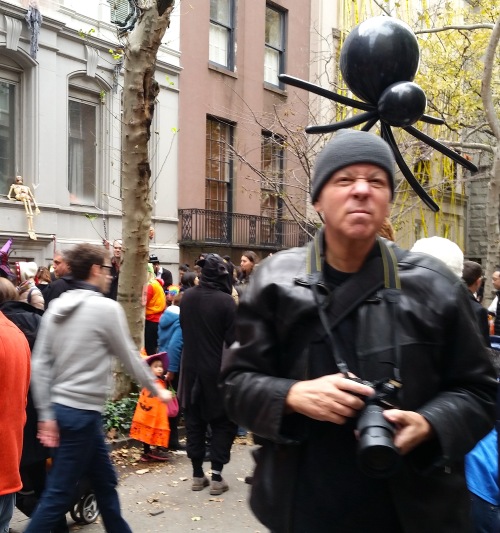 This was Christmas 2015/New Year 2016, our last Christmas together. By then we had some inkling of the difficulties to come, but you can see how happy we were nonetheless… 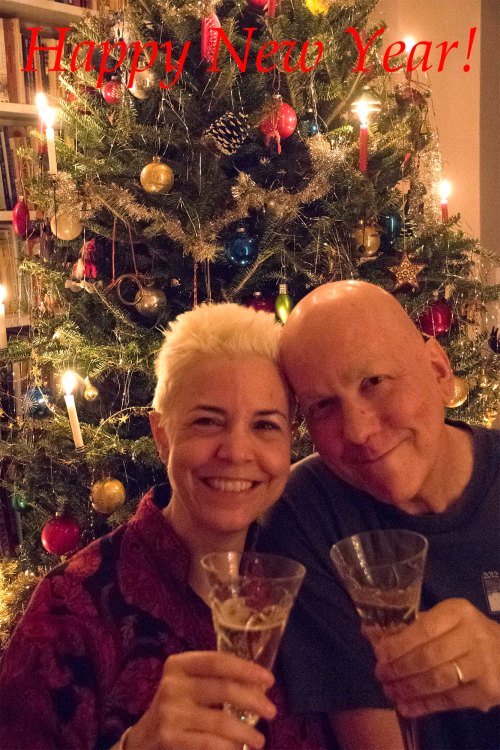 And then there were the photos from earlier, even happier times.

I can’t recall when the photo below was taken, but I want to say it was a springtime camping trip on Long Island Sound in either 2011 or 2012.

I can tell it’s a camping trip because of the gear on Vlad’s back deck; his boat is capacious enough that under ordinary circumstances during a day trip he would never have needed the back deck. And he’s wearing a jacket, which means the weather was cool. Also the thermos on top was for hot tea—a staple for our cold-weather paddles.

I don’t know why the caption reads “more or less intact”; the conditions are so calm. Perhaps there was a storm earlier?

In any event, his tolerant half-smile says, as it often did, “Oh all right, go ahead and take my picture!”

I loved the way his expressions and body language telegraphed his mood.  I could tell from a quarter-mile away whether he was enjoying a paddle (usually the case) or feeling out of sorts. Here he was having a splendid time, except for having to stop paddling while I took the shot! 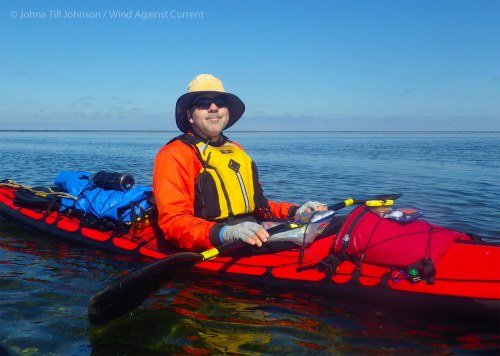 And this is one of my all-time favorite photos of him.We were on Egmont Key during our first shakedown cruise for the Everglades Challenge. I don’t remember why, but he looked at me with such sweetness as I took this… 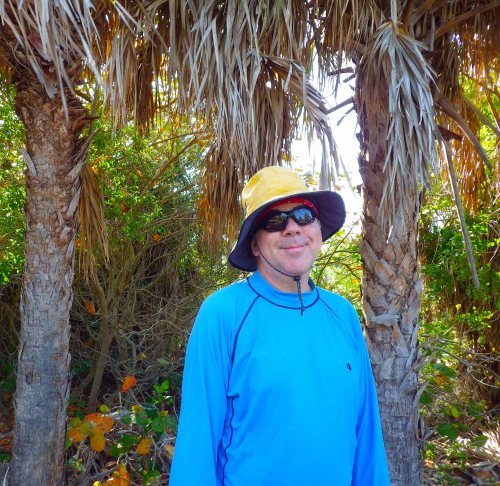 Under the cabbage palms at Egmont Key