Over on Where’s my backpack?, Ailsa has posted this week’s theme for her Travel Photo Challenge: Rhythm.

Rather than music, for me just now this brings to mind such things as the rhythm of waves at dawn… 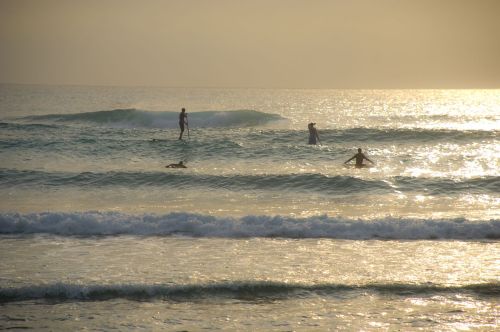 … and the rhythmic progression of dawn itself, and of words used to describe it

The sun had not yet risen. The sea was indistinguishable from the sky, except that the sea was slightly creased as if a cloth had wrinkles in it. Gradually as the sky whitened a dark line lay on the horizon dividing the sea from the sky and the grey cloth became barred with thick strokes moving, one after another, beneath the surface, following each other, pursuing each other, perpetually.

As they neared the shore each bar rose, heaped itself, broke and swept a thin veil of white water across the sand. The wave paused, and then drew out again, sighing like a sleeper whose breath comes and goes unconsciously. Gradually the dark bar on the horizon became clear as if the sediment in an old wine-bottle had sunk and left the glass green. Behind it, too, the sky cleared as if the white sediment there had sunk, or as if the arm of a woman couched beneath the horizon had raised a lamp and flat bars of white, green and yellow spread across the sky like the blades of a fan. Then she raised her lamp higher and the air seemed to become fibrous and to tear away from the green surface flickering and flaming in red and yellow fibres like the smoky fire that roars from a bonfire. Gradually the fibres of the burning bonfire were fused into one haze, one incandescence which lifted the weight of the woollen grey sky on top of it and turned it to a million atoms of soft blue. The surface of the sea slowly became transparent and lay rippling and sparkling until the dark stripes were almost rubbed out. Slowly the arm that held the lamp raised it higher and then higher until a broad flame became visible; an arc of fire burnt on the rim of the horizon, and all round it the sea blazed gold.

… and, later in the day, the slow rhythm of a vacation on a tropical island without internet, telephone, or even electricity:

after surfing and lunch, a siesta 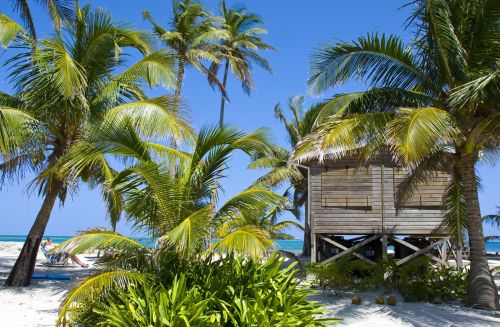 for both man and beast 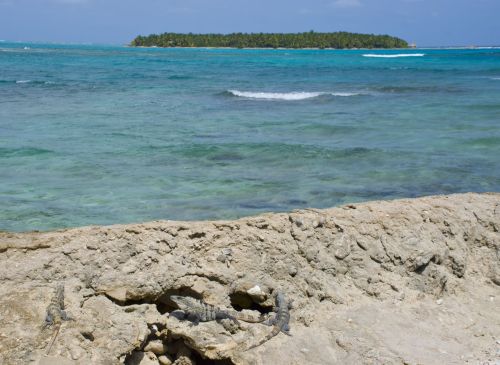 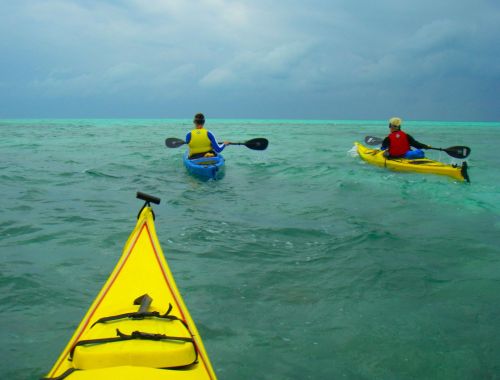 in the evening, a little volleyball 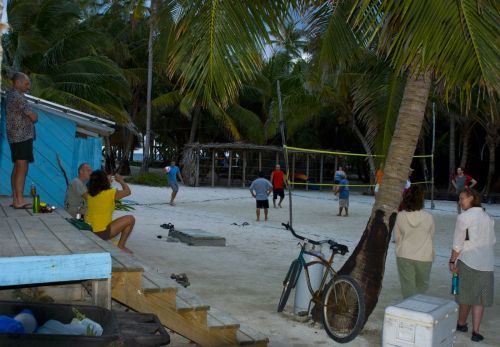 as the reef turns golden 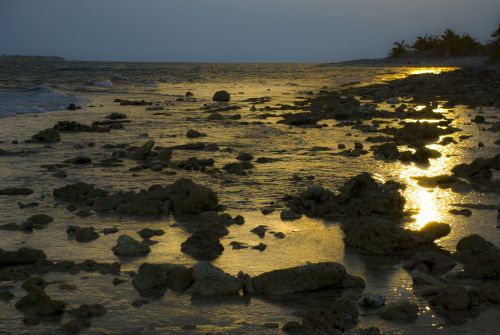 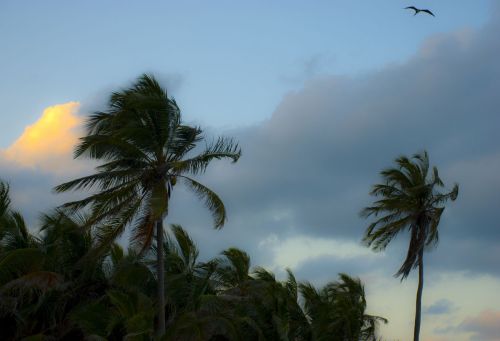