The Ships of Arthur Kill

Last Saturday, in the course of a memorable kayak circumnavigation of Staten Island (slideshow forthcoming!), we passed through the Arthur Kill, the industrial waterway at the back of Staten Island. And we stopped for a short while, as we always do, at the Graveyard of Ships. 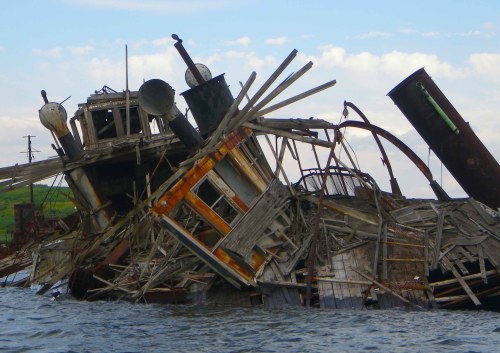 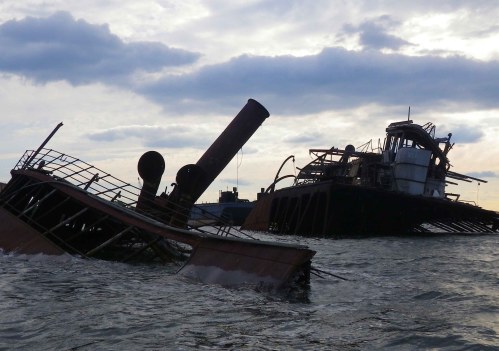 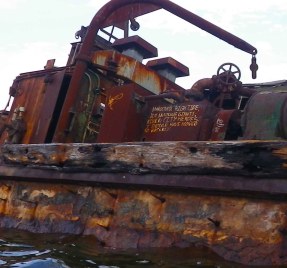 “Marooned, high tide, but among giants; River. City. Heroes. I should have moved to Brooklyn.”

At the back of the Graveyard rises the green mountain of Fresh Kills, the giant former landfill of New York City. 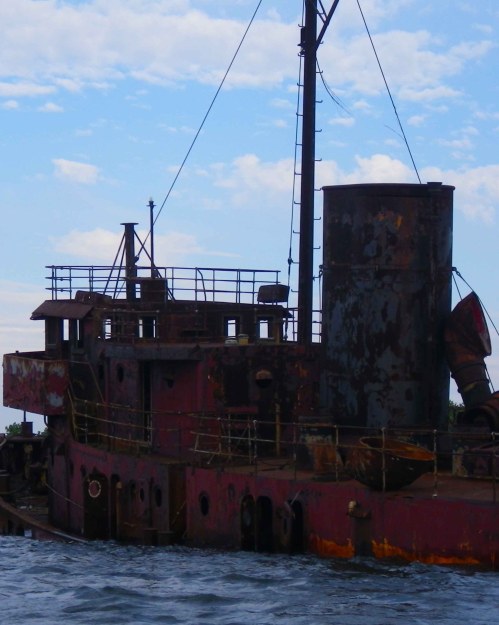 Although the old favorites are still recognizable, the Graveyard is rapidly decaying (and is also being actively dismantled, apparently). Just two years ago, this

A few miles further up the Arthur Kill, by contrast, it was all vigorous activity at the Howland Hook Marine Terminal. The Hyundai Forward was being simultaneously unloaded and loaded.

(If you look carefully, you will see a tiny Johna paddling down the side of the ship in the first two photos…) 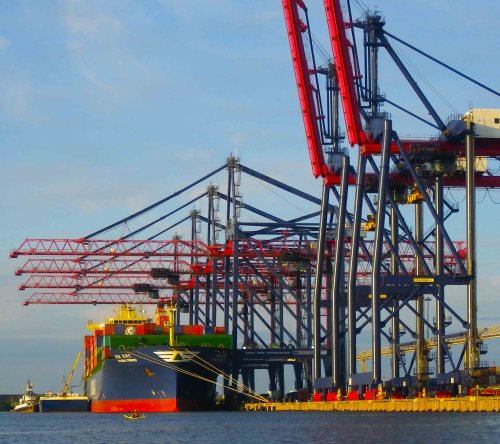 The cycle of life and death!

Update June 10, 2012: The slideshow of the entire Staten Island circumnavigation is here.

37 responses to “The Ships of Arthur Kill”