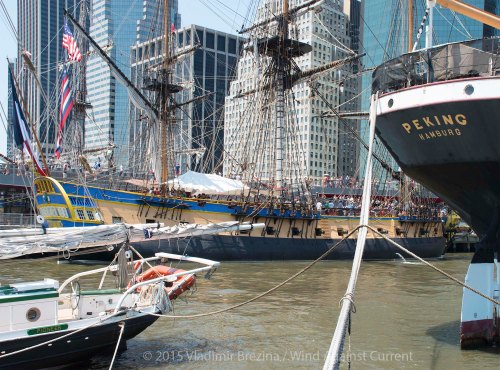 The Hermione was a French frigate that, most famously, in 1780 carried the Marquis de Lafayette to America with news of French help for the American Revolution. The Hermione was then a brand-new ship, having been built in Rochefort, France, in 1779. She survived only another few years, being wrecked in 1793.

But now there is Hermione 2.0! A full-scale replica, she was built again in Rochefort and launched in 2014. Earlier this summer, she sailed across the Atlantic for a tour of the major US ports of Franco-American historical significance.

We went to see her when she arrived in New York City.

Here is a selection of photos from that visit (click on any photo to start slideshow):

The flag, hard to miss

On the other side of the pier: El Galeón Andalucía, a Spanish ship at least two centuries older

Long line to board L’Hermione

The deck is full of visitors

We join the line 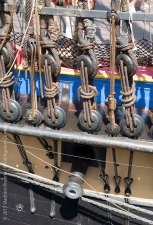 The lion displays the fleur-de-lis 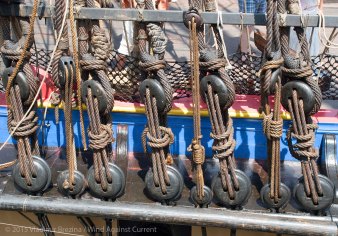 Back to the 18th century

This being a French vessel, there had to be a chest to store the champagne… 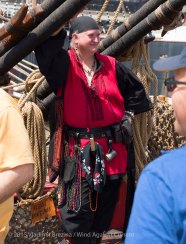 Back in the 18th century, pirates were probably discouraged from boarding 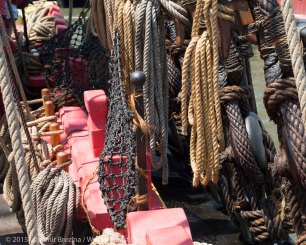 Looking up the mast

And here are more photos of L’Hermione’s visit to NYC by tugster.