Lately we’ve developed a fascination with the legendary toxic waterways of New York City. Previously, we’ve traversed the Gowanus Canal and Newtown Creek, both Superfund sites. On July 2, we decided to explore the mysterious Bronx River.

Unlike the other two, the Bronx River isn’t truly toxic. In fact, by all accounts, the river is surprisingly bucolic as it winds under a leafy canopy, a narrow green ribbon through the concrete and asphalt of the Bronx.

But it’s not particularly paddler-friendly. Photos from Bob Huszar’s pioneering trip show numerous weirs, dams, and waterfalls. Paddlers pose with car carcasses half-submerged in the river, and rafts of floating trash collect behind a skim boom. (This last feature was one we should have paid more heed to!)

Since then, the river has apparently been substantially smoothed and civilized. The Bronx River Alliance has worked hard to institutionalize kayaking and canoeing on the river, running regular trips and producing a very useful map and paddling guide to the “Bronx River Blueway”. But the guide still shows three portages, some “challenging”, and warns that the water “can be very shallow at times. Paddlers may need to disembark and pull boats for short distances.”

Most paddlers come down the river in old beaten-up plastic river kayaks or canoes. We were headed up the river in our tender sea kayaks—his a soft-skinned folding kayak, hers pampered carbon-kevlar. How far up the river would be make it through the obstacles? Not so far, as it turned out.

We approached the Bronx River as an extension of a Manhattan circumnavigation: From Pier 40 on the West Side of Manhattan, we paddled round the Battery and up the East River. Then, instead of continuing on up the Harlem River, we turned right and paddled under the Hell Gate Bridge and out past the prison barge and the disused waste-transfer station opposite Rikers Island. We turned left at the waste-transfer station, and voila! we were in the Bronx River.

The mouth of the Bronx River was wide, green, idyllic.

But this was the Bronx. Soon we came to a vast scrap metal recycling facility. 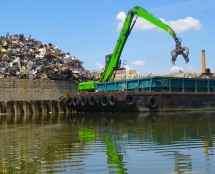 Other kinds of recycling were a bit more odoriferous. The water between the barges was disturbingly green in color, or else a peaty brown…

Still, on a beautiful day, against a blue sky, colorful industrial plant can be picture-postcard perfect. 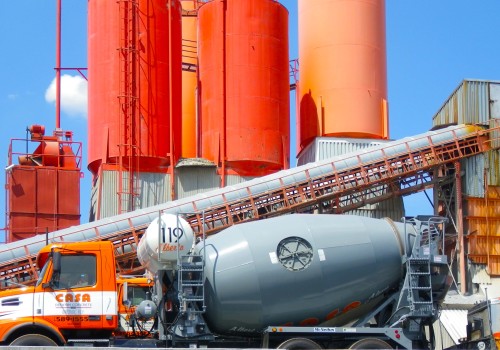 As we advanced further up the river, the water quality rapidly deteriorated. We encountered more and more floating plastic trash, and the water began to be covered with green scum. But there was still plenty of life in—and on—the river.

We saw fish jumping, and several fishermen. And we encountered a flotilla of green canoes, apparently introducing first-time paddlers to the beauties of the Bronx River.

We passed under the thundering traffic of the Bruckner Expressway, and a new stretch of the river opened up…

…But not for long. We saw in the distance a curious red line stretching across the river that soon resolved itself into a floating boom, set up to skim trash floating down the river. 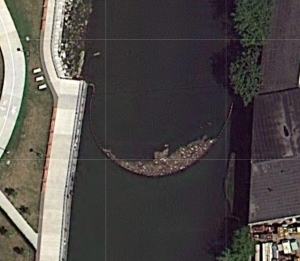 We should have known about it. It was there already in Bob Huszar’s photos. And it’s clearly visible even from space!

The boom stopped us cold. Since there were two of us, we probably could have paddled over it, each of us in turn using the weight of their boat to partially submerge the boom while helping the other over.  (A single paddler might have real trouble; a group of paddlers no trouble at all.)

But the river ahead, with rafts of floating garbage, didn’t look too appetizing. And we certainly wanted no contact at all with the water around the boom, which at each stroke coated our paddles with slimy green scum. The only alternative to paddling over the boom was an uncertain portage along the entire length of Concrete Plant Park, and we were feeling lazy in the sunshine…

So we retreated back down the river for lunch before the rest of our round-Manhattan paddle home. At the mouth of the Bronx River, it was easy once again to forget that we were in the heart of the Bronx…

… with Manhattan far away… 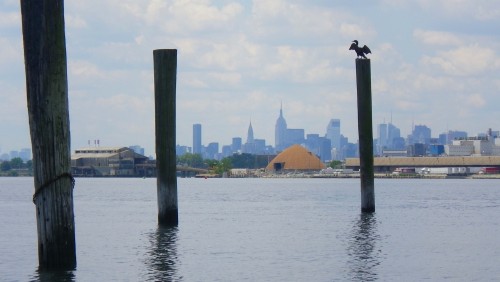 But we don’t like to leave things unfinished. We and the Bronx River are not yet done. We’ll be back!

All of Vlad’s photos from the day are here.