A week ago, on October 28th, 2011, Lady Liberty celebrated her 125th birthday. There were celebratory events: a parade of ships, fireworks of course… These have come and gone. But remaining permanently—let’s hope!—are some amazing webcams installed by EarthCam on the Statue, looking both at it and out across New York Harbor.

First, here are some views of the firework display captured by another of EarthCam’s webcams, a streaming video camera over in Brooklyn that is trained on the Statue. 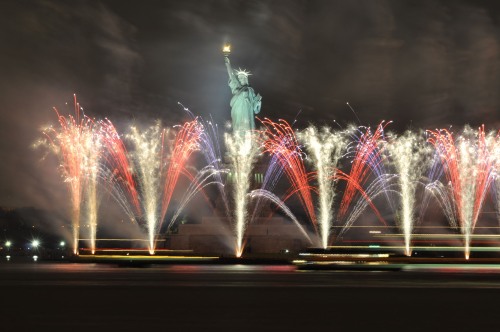 The webcams installed on the Statue itself include

There is also an ultra-widescreen 25-megapixel interactive panorama of the Hudson River, the Manhattan skyline, and the East River bridges: 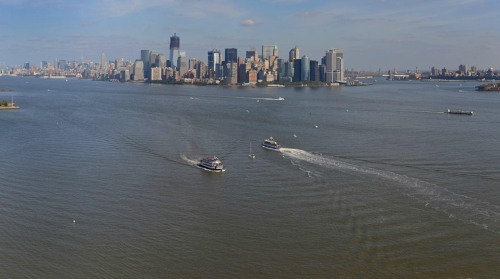 HarborCam’s time-lapse video, showing all manner of boats zipping in all directions across the harbor, is also fun to watch!

With the high-definition view of the water texture (actually somewhat degraded in downloading these photos—check out the site itself!), as well as the boat traffic, these webcams should be a boon for New York City kayakers who want to know the current conditions before venturing out.

And the next storm, or colorful sunrise or sunset, over the city will certainly have me going to the view from the Statue of Liberty!