In Preparation for Landing, Please Return Your Seat Backs to Their Full Upright Position… and Take Out Your Cameras!

Like everyone who travels often enough by airplane, I’ve seen breathtaking things from the plane’s window: towering cloud formations, lightning storms, the brilliant colors of sunrise and sunset, and the map-like pattern of land and water sliding into view below.

But until yesterday, I’ve never taken out my camera. Looking out through a misted, scratched window at a cramped angle not under my control, the photographic situation didn’t seem too promising.

Still, I’ve always been tempted in one case—when landing in New York City. When landing at LaGuardia Airport, especially, if the wind is right the plane flies along the length of Manhattan, offering spectacular low-altitude views of the city.

So yesterday, when it looked like we were following that flight path once again, I got out my camera. And I was not disappointed! 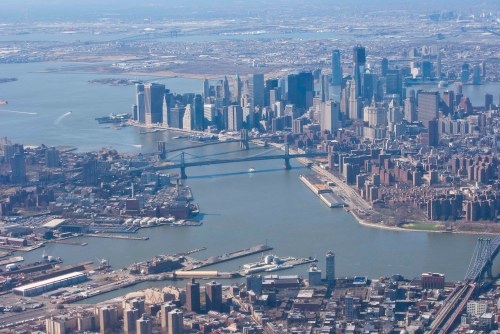 One of the pleasures of landing in New York, for Johna and myself, is that we happily recognize all the spots where we kayak. It’s like zooming in closely on Google Maps’ satellite views, only live.

Here’s the southwest corner of Staten Island sliding into view…

… then the beach just under the Brooklyn end of the Verrazano-Narrows Bridge, where we had that little incident last year

… Erie Basin, the site of another of our recent adventures

… and then the classic aerial panorama of Manhattan comes into view. 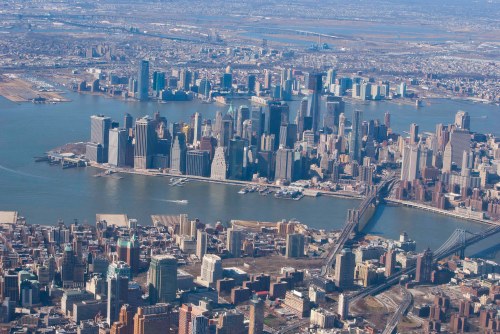 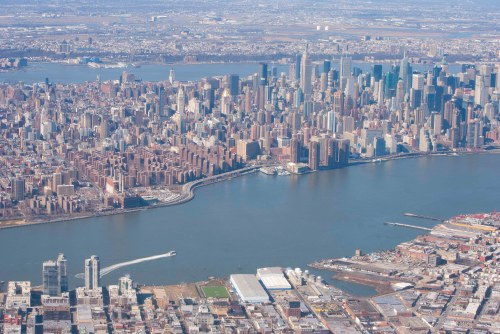 We wheel low over Queens…

… buildings and trees slide by with increasing speed

… and we land over the water—the runway appears disconcertingly only at the last moment—at LaGuardia, with the Manhattan skyline in the distance. 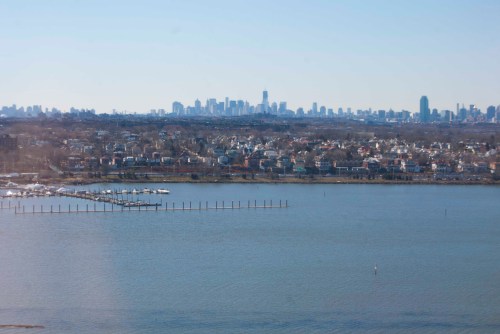 So it is possible to take reasonable photos from the window of a commercial airliner! You should

Seriously, I know there are photographers out there who do take spectacular photos from plane windows. What are the less obvious photographic tricks?

(A few more photos are here.)

22 responses to “In Preparation for Landing, Please Return Your Seat Backs to Their Full Upright Position… and Take Out Your Cameras!”