We always get our Christmas tree only a day or two before Christmas, barely hours before the Christmas-tree vendors in the streets pack up for their migration back north. We do this not just because we procrastinate (we do), but because Johna follows an older tradition. According to Wikipedia,

Traditionally, Christmas trees were not brought in and decorated until Christmas Eve (24 December) or, in the traditions celebrating Christmas Eve rather than on the first of day of Christmas, 23 December, and then removed the day after Twelfth Night (5 January); to have a tree up before or after these dates was even considered bad luck.

So, even as our neighbors’ Christmas trees are already out in the street for removal, our tree is only now reaching the peak of its transient glory— 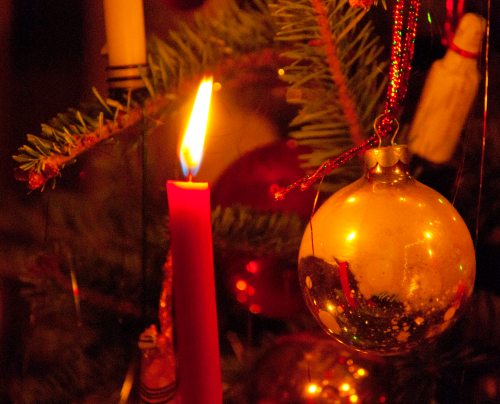 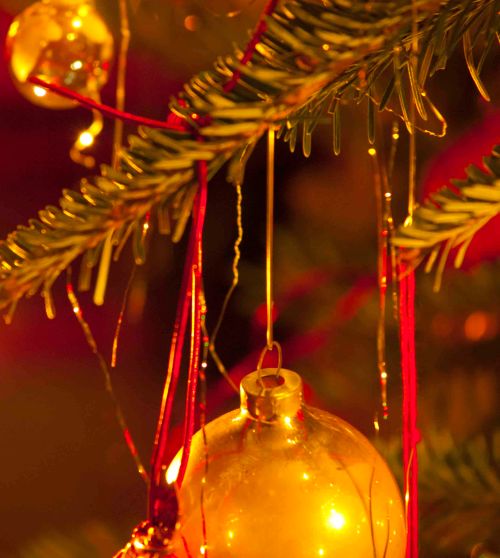